Canterbury Park, a horserace track located in Shakopee, Minn., was the workplace for Sarah Fraley as a server and a bartender in the summer. This past summer, she decided to take a leap and apply to be a marketing intern. She knew that a lot of people would apply, but she thought to herself, “I might as well go for it.” Lo and behold, she got the nod from Canterbury.

During her time at Canterbury, Fraley had many jobs to do. On race day, she was in the live information booth. She also had one office day a week, and her biggest job of the summer was coordinating basset hound race day. Fraley was in charge of communication between Canterbury and 72 basset hound owners. One thing that she had to do was keep track of the weights of the dogs in order to put them in the correct order on race day.  Basset hound race day was a proud moment for Fraley. “It was fun on the day of the race to see it all happen, because it was what I worked on all summer,” said Fraley.

At the end of the summer, Fraley had another exciting moment at Canterbury. Fraley received Canterbury’s 2018 Employee Scholarship recipient. The scholarship recognizes appreciation of academic and work excellence. 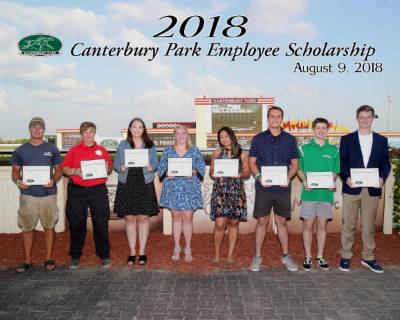 Fraley felt that attending school at UND really helped her get her internship at Canterbury and have the confidence to do so. “UND has taught me to be true to who I am, and I feel like when you’re genuine it comes off as genuine. I came into the interview being confident because I know I had a school that has taught me well,” explained Fraley.

Fraley noted that with the help of some great professors she gained skills to use in the real world. “I know I have taken great classes from great teachers, so using those tools helped me,” said Fraley. Fraley brought up her MRKT 305 class, which gave her experiential learning experience by allowing students to help make a business plan for the local business Pete’s Za. “I brought that into the interview as well and talked about that and what I learned from that, the pros and cons of the business and what we tried to improve on,” said Fraley.

A Knack for Trying New Things and Meeting New People

Fraley has also been a study abroad student for UND. She traveled to Barcelona Spain and visited twelve countries, while taking business classes. Fraley takes on all of these extracurricular activities not because she has to, but because she wants to. “I really like to get involved in stuff and it’s not just resume builders actually, in these clubs I feel like I really learn things and it’s good to socialize with people,” said Fraley. One new thing that Fraley does is advocating for studying abroad, she gives advice to other students who are getting ready to go abroad. Fraley will graduate in spring of 2018, with a long list of exciting experiences. 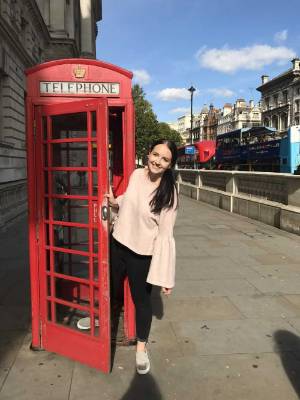